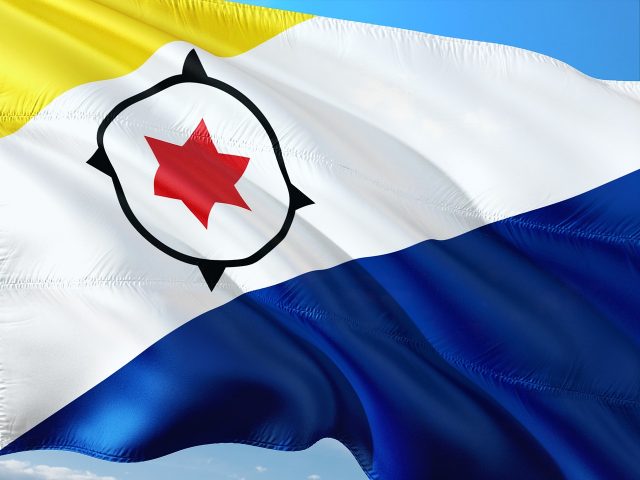 Flag day festivities include a ceremonial raising of the flag in the morning, speeches, a large neighborhood street party hosted in a different neighborhood represented on the Bonaire flag each year. And of course you will find myriad booths selling local food and drink.

About the Bonaire Flag

The six pointed red star on the Bonaire flag represents the original six villages of Bonaire: Rincon, Antriol, Nikiboko, North Salina, Playa (Kralendijk) and Tera Kora. All six villages today are thriving, bustling. neighborhoods and as such each year they take turns hosting the event. Bonaire Day is a day of national pride, celebration, music and fun.

The Bonaire flag with it’s white, yellow, red and blue colors looks beautiful against the Caribbean Sea. The colors and design of the flag have special meaning. The blue stands for the sea, of course! The yellow stands for – you guessed it, the sun! The white between the sea and the sun represents the sky. The red, white and blue honor the flag of the Kingdom of the Netherlands. Bonaire, a municipality of the Kingdom of the Netherlands since 2010 falls under the Dutch flag as well as it’s own. The two other elements of the flag also have special meaning; the compass represents a population that comes from all over the world and the six pointed red star, the six villages.

You need your own Bonaire Flag!

Pick up your own Bonaire flag at Budget Marine. They sell high quality flags in a range of sizes – the photo below shows what’s currently on offer at Budget Marien. A flag of Bonaire makes a great souvenir and a way to show your pride and show off the symbol of your favorite Caribbean Island. 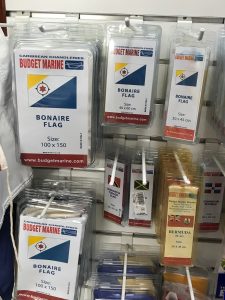 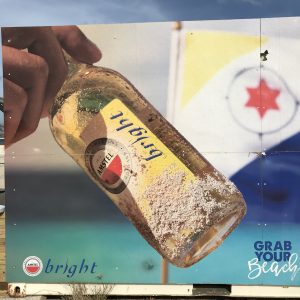