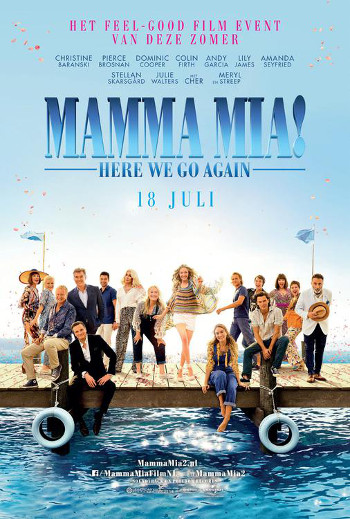 Watch the latest releases by the light of the moon and the stars. Bring your own chair or use the chairs provided by the movie theater. Who knew seeing a movie outdoors on Bonaire could be this much fun. Ice cold wine and beer along with popcorn, soft drinks and hot dogs are served. Additionally you can order Thai food in advance and have dinner with your movie. This week’s movie’s on Bonaire start with a blockbuster: Mamma Mia Here We Go Again!

The ADVANCE PREMIER OF Mamma Mia Here We Go Again! will be released this Wednesday at 7:30pm. Don’t miss it!

This much anticipated sequel to Mamma Mia, written and directed by Ol Parker can be seen here on Bonaire two days BEFORE it’s North American Premiere! Apparently everything on Bonaire is on Island time except the movies…

Here We Go Again is the sequel and also the prequel to the 2008 film Mamma Mia. It is scheduled to be released in North America and the UK on July 20, 2018. The release in July 2018 marks the 10 year anniversary of the original film released in July 2008.

Monday July 16th only
Special price admission for only $5. Last chance to see this movie at Empire!
The movie runs 124 minutes and is in English with Dutch subtitles
Admission price $5

See you at the movies! 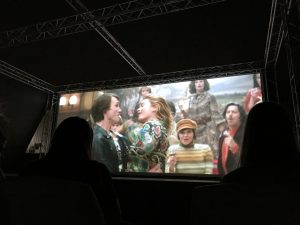